Testimony by Anthony Mary from Mudugal 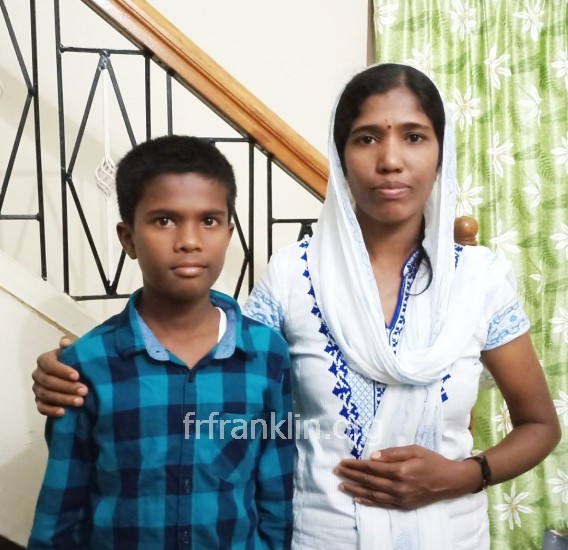 I am Anthony Mary from Sacred Heart Church, Mudugal. I was given in marriage to Bellary. I lost my husband due to accident. I started living with my mother with two children; Alwyn Savio (11) & Srusti Savio (8)

My son Alwyn Savio was studying in 4th standard, on October 4th he fell sick with high fever. Doctors detected it's dengue fever. I shifted my son to Shanti Hospital, Bagalkote. As his condition became worst, he was admitted in ICU. Doctors gave up hope and they told that my son is not going to survive. They asked me to take him to another hospital, Either Belgaum or Bangalore. I was terribly disturbed looking at my son's condition. I Cried and cried. My son wasn't passing urine, his stomach became very stiff.

I cried to God, called upon the Name of Jesus. On Oct. 5th early morning 4:30am I called Prolife Manjula Joy in tears from ICU I told my son is on death bed she told he will be alright in Jesus name, then Bro. T. K. George also prayed over my son. He told me to keep mobile near his ears.